The Dreadnoughts, Saints and Sinners and The Charmrocks live at Belushi's, Paris, France, June 12, 2011.

Kind of funny how this came together. We were on vacation in Europe and a day or two before we flew from Venice to Paris, The Dreadnoughts, the pride of Vancouver, BC, post their updated European tour schedule. Paris. June 12. Belushi's. Bam. Anyways, we get off the plane, hack and slash our way to the hotel, stash our stuff, hop on the metro (having never used it before) and three transfers later, we're at the corner of Avenue de Flandre and Rue Riquet. A quick walk along the Seine and we're there. Cheap beer, friendly people and a Canadian lass working the till. Awesome.

About the only thing I can say about going to shows in Europe is that it's the exact same frigging experience as going to shows in Canada, except for the crazy moon language instead of English, right down to the delays and technical issues. The Dreadnoughts put on their trademark strenuous show with the main difference being the people at the back of the room staring on with somewhat confused looks trying to comprehend the chaos and stage banter in horribly broken French. 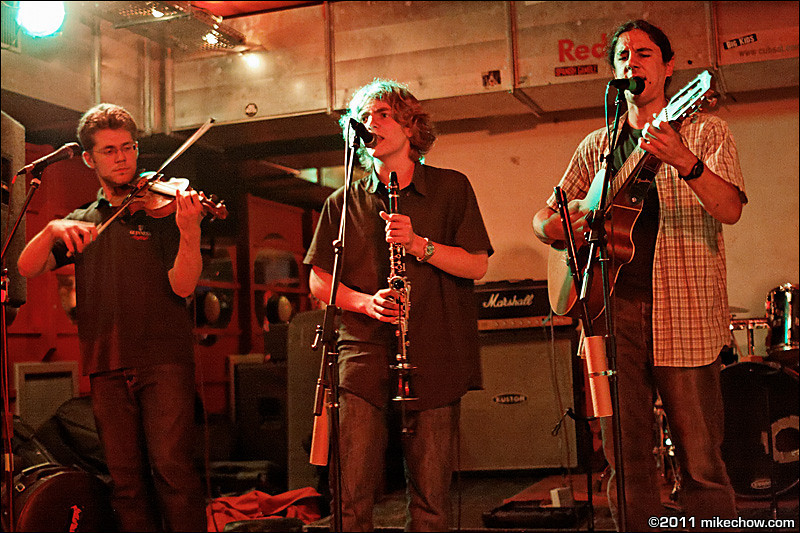