Back at The Bourbon again. I'm thinking I should get an apartment upstairs or something.

Hadn't seen either of the first two bands and I had seen Southern Death Threat once before.

The colours in this shoot turned out a lot better than I expected. James the sound guy (and a darned good sound guy, by the way) had the lights cranked from the get-go, which was much appreciated.

All three bands brought great energy to the stage. Credit to Firebrand, the opening band, for rocking hard even though there wasn't much of a crowd for their set.

Overall, the show wasn't too hard to shoot. A thick crowd for SDT made positioning tricky, but nothing impossible. An overabundance of fog on stage made for less contrast-y photos than I would have liked, but there's no denying how good it makes the stage lights look.

There were a number of other photographers there, so I had to work on looking for interesting shots and staying a step ahead of the rest of the pack. I'm pretty happy with how it all turned out.
Read More 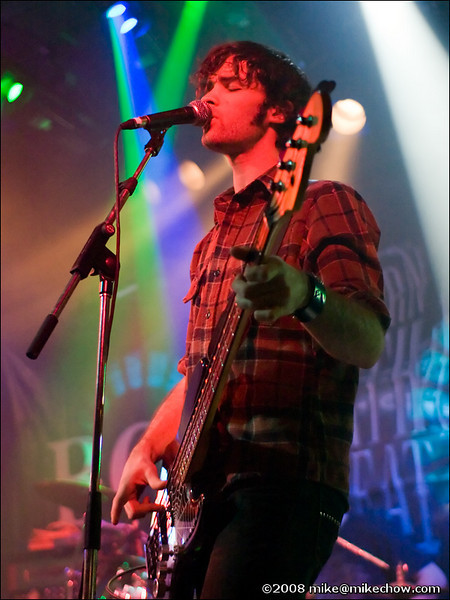